Why is the accommodation on our servers the cheapest?
Croatian Adriatic » Dalmatia » Accommodation Stobreč

Advanced sections for choice of accommodation in Dalmatia:

Accommodation by digital map Accommodation Dalmatia - choice by sort, location, price
Last minute Server Dalmatia
Stobreč is a town on a peninsula only seven kilometres from Split. Once the Greek colony Epetion, which is evident by the city walls. By far the most famous features are the beaches of Stobreč, sandy in the centre to stony ones in the southwest and attract many visitors.
More about Stobreč Stobreč - Interesting points in surrounding
Camping Stobreč Split
Autocamping, Split, Stobreč 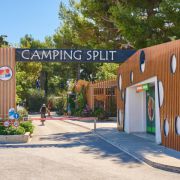 Autocamping
Place: Split, Stobreč
4 star campsite, where you shall find everything necessary for a pleasant vacation in the harmony of nature, culture … More » and fun. Camping is situated in the district of the city of Split, Stobreč. The distance between Camping Stobreč Split and Split historical center is 7km.
Complete presentation